Welcome to our very first entry of “RPG Maker Useful Tips”! In this journal series we will be introducing RPG veteran Mino Drive-san from the Japanese community. Mino Drive-san has recently released a book titled: “ Good vs Bad Programing – How to Write a Program that is Easy to Maintain and to Expand on in the Future”, and we would like to conduct an interview with him about the background to writing his book! *Currently, the game and the book are only available in Japanese. 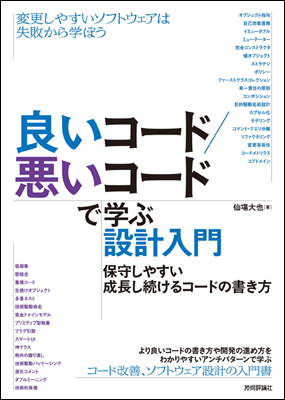 This is a book intended as a beginner’s guide to software programmers who wish to improve their coding integrity and designs. As many veterans would agree, writing the source code of a program without some proper pre-planning is a guaranteed path to headache during the debugging stage much later. Naturally, the same principles are also applicable to RPG Maker plugin developers. The book uses a gamified, entertaining approach to teach the reader how to structure programs in order to keep the likelihood of causing bugs to a minimum.

The idea for this book started from my “Crap Coding” video series using RPG Maker MV, to joke in a sarcastic and gamified way about bad coding. As you know, all programmers fight a never-ending battle with all sorts of bugs. So writing bug-free programs as much as we can is always paramount to make our lives easier later. Needless to say this is also relevant to those who write plugins for the RPG Maker series! Part of my day job is to design program structures that do not cause bugs as much as possible as the software gets more complex. In that sense, we can agree that a program prone to causing bugs could be mercilessly called “Crap Coding”. Using RPG Maker MV to gamify the video in an entertaining and engaging way, it garnered a total of 700k views and 15k retweets on Twitter. A lot more than I had expected! The success of the Crap Code video series drew the attention of Gihyo (lit. Technology Reviewer) – a prominent Japanese publisher of computer related books. The Editor of Gihyo proposed to me to turn Crap Coding videos into a book, to which I happily agreed. But to turn things into a book, it would require a different approach from making videos. Gihyo’s Editor and I discussed quite a lot on how to tackle this. Luckily, I actually did make a game called “Bug Hunter 2 REBOOT” using RPG Maker MV that turns crap codes and bugs into monsters for the player to defeat. So I made a monster encyclopedia and the editor was very delighted, giving me the go-ahead to build more on this idea.

When making my game, I encountered many passionate and intelligent people on the internet. In that sense, RPG Maker did not just make games for me – it is also a “Maker of connections”! The Crap Coding video series also brought me more opportunities than just my book. For example, my Crap Coding video series were used in conferences and events such as “Object-Oriented Conference 2020” and “Developer eXperience Day 2021”, which provide a humorous yet highly relevant way to make the discussion easier to understand. In past contests such as the RPG Maker Festival in Japan, I met a lot of veteran RPG Maker developers. It was, and still is, really eye-opening to see how many of them use the engine to make unique and creative games that you will not see in commercial companies. I too am greatly inspired by these, hence I started the Crap Coding video series. If it were not for me using RPG Maker and getting to connect with the community, I would probably never have ever started the Crap Coding series, which in turn, would mean that I never would have gotten the opportunity to be invited to speak at large IT Conferences and get to write my book! Making a game taking shape quickly and entertaining the audiences – and then it naturally branches into the invaluable connections with the creative community – that is the sort of the actual value RPG Maker brings beyond a game engine, and in fact actually happened to me! For this reason, I also call it a “Maker of Connections”.

We would like to express our gratitude to Mino Drive-san for answering our interview! 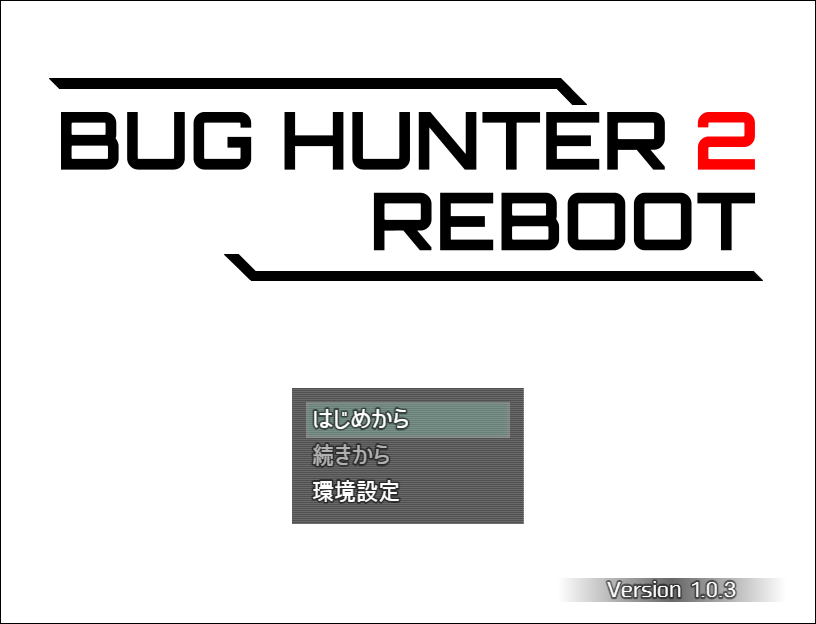 Bug Hunter 2 REBOOT is the remake of its predecessor – originally a Nintendo 3DS title made for the “RPG Maker Festival” in Japan.The protagonist is a new member of a “Game Research“ club who possesses a unique ability to discover game bugs that others could not. Just by playing this game, one could get a fun yet informative explanation about programming and common pitfalls!